How does Light Therapy help People in treating their Skin Problem? 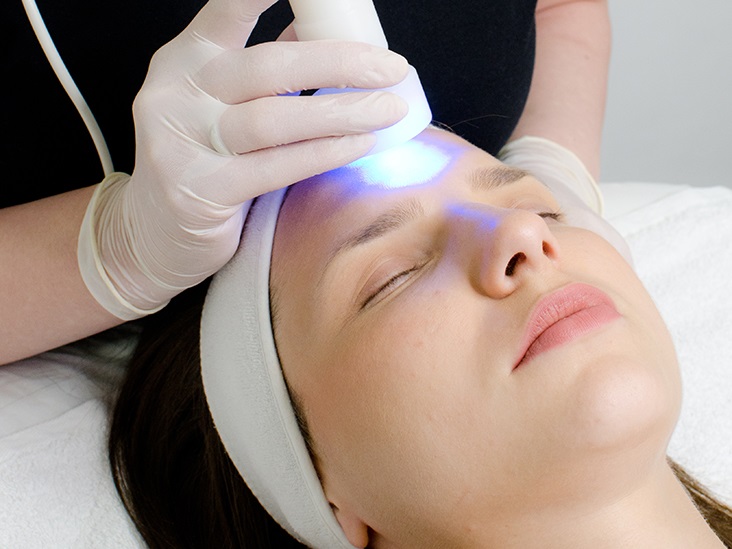 Light therapy is a treatment for people who suffer from skin conditions such as psoriasis, eczema and itching. Sunlight can have a beneficial effect on these skin diseases. Light is therefore used as a treatment method.

Do not put ointment on your skin before coming for the light therapy. Some substances, in combination with light therapy, give a nasty burning reaction to the skin. Avoid sunlight on the day of treatment. If your skin burns, we’re sure it’s because of our lighting.

As long as it is necessary, we treat you twice a week at fixed times in the light therapy department.

During this treatment you stand without clothing in a special exposure booth. You can use special height sunglasses to protect your eyes. The nurse is always nearby and you can also warn her during the exposure. You can always get out of the cab by pushing the door open.

Who is light therapy for?

People with skin conditions such as eczema, psoriasis and itching may benefit from light therapy.

The exposure usually makes your skin a bit drier, chapped and sometimes painful. Therefore, grease your skin after the treatment. Ask the nurse which ointment is best for you to use. It is normal to feel a little sunburned for a few hours to a day after the exposure. Tell the nurse if this takes longer than 24 hours. We then adjust the duration of the exposure.

The nurse of the lighting department makes an appointment for a check-up for a special consultation hour. You can then discuss details with the nurse. She will inform the doctor and, if necessary, you will be given an appointment earlier.

Skin therapy based on LED

Skin therapy based on LED is still relatively unknown among people. It is a form of light therapy with applications for various skin problems, from acne to signs of aging and everything in between. The effect of this light therapy is based on the different wavelengths of LED light, which means that LED lighting can radiate in various colors. These can be ‘normal’ colors such as white, green or blue light, but also ultraviolet and infrared radiation. The nature of the radiation determines the effect of the LED lighting on the skin.

Led was already invented at the beginning of the 1960s, but has only been widely used for various purposes since the beginning of this century. LED stands for ‘light-emitting diode’, or light-emitting diode. The relatively large light output of these diodes when current is allowed to pass through has ensured that LED lighting has become an indispensable part of everyday life. LED technology now has countless applications: In addition to lighting purposes, LED is also used for signal transmission – in a remote control, for example, and in the medical and cosmetic world.

To understand the effects of LED light on the skin, it is first of all important to know that each color has its own wavelength. This means that white light has a different frequency than, for example, blue light, and the skin reacts differently to the different wavelengths. As early as the 1990s, a special unit of the US military took advantage of these properties by using LED light to accelerate wound healing in skin and muscle conditions. Nowadays, LED technology is also used very specifically for cosmetic purposes.

The most commonly used frequencies for cosmetic LED therapy are red and blue light. These can be absorbed directly into the skin and act on different layers on a variety of skin ailments. Red and blue LED radiation is completely harmless to the skin, in contrast to, for example, ultraviolet radiation which occurs in radiation sources such as the sunlamp, solarium and also in natural sunlight. Side effects of LED skin therapy are uncommon and there is no recovery period involved.

What exactly does LED light therapy do for the skin?

But what exactly does LED therapy do for the skin? As mentioned, this depends on the color of the light used. Red light is used for treatments on the deeper layers of the skin. If the skin is exposed to this, the epidermis will absorb the radiation, resulting in an increase in collagen and elastin production. Collagen is an important building block of the skin that ensures that the skin looks tighter, fuller and more radiant and seems to erase fine wrinkles and lines. Elastin gives the skin a dose of youthful elasticity. As a result, red LED therapy is mainly used for the prevention of signs of aging, but also for deep skin recovery, for example in case of too many pigment spots or damage from sunlight. In addition, red light has a calming effect on symptoms of inflammation and gives a boost to blood circulation, which benefits the overall skin structure.

Blue LED light, on the other hand, does not work under the skin but on the surface, where it influences the functioning of the sebaceous glands. This can have a positive effect on acne symptoms, because these are often accompanied by an excessive production of sebum in the skin – for example, due to hormone fluctuations or in response to medication use. In addition, blue light has an antibacterial effect that disables subcutaneous bacteria, which results in significantly fewer acne outbreaks and makes existing pimples and pimples less prominent. There are even studies that show that the use of blue LED significantly improves skin recovery from third-degree burns! The effects of blue LED are due to the creation of oxygen under the skin, which causes the aforementioned effects.

Only one brand come to my mind whenever I think about light therapy, Celluma. Considering Why Celluma is the best option? Celluma can be used at home for natural pain relief, acne treatment, and anti-aging effects.

Tips to Grow Your Hair Naturally