Is Decapeptide 12 a Skin-Brightening Agent? 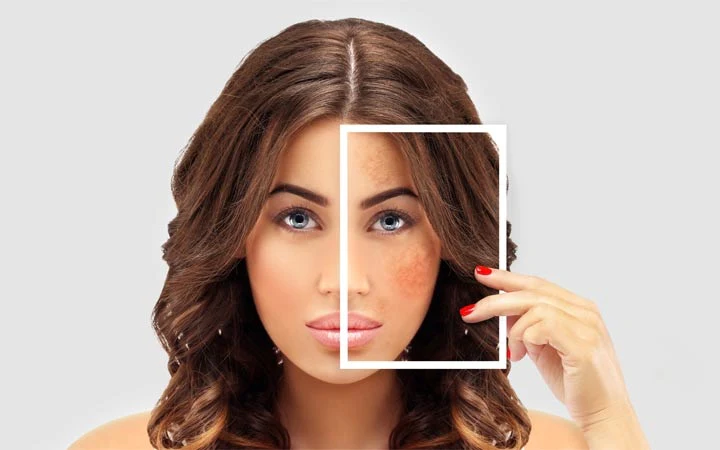 This peptide evens and brightens skin tone by inhibiting melanin synthesis and diminishing pigmentation. Dermatologists successfully developed the only new peptide shown to block tyrosinase in the skin at Stanford University. Uneven pigmentation and dark patches may be caused by tyrosine (the enzyme that causes excessive melanin synthesis).

Melanocytes’ capacity to manufacture melanin primarily determines whether or not a person’s skin is white. To make melanin, melanocytes in the epidermis’ basal cells use the tyrosinase enzyme to oxidize the amino acid tyrosine to carbohydrates. The darker the skin, the more melanin is generated; on the other hand, the whiter the skin, the less melanin is generated. The decapeptide mode of action makes it an attractive raw material for the cosmetics industry to explore further.

Skin whitening may be achieved by using Decapeptide 12.

A significant enzyme in the manufacture of melanin, tyrosinase has a unique dual catalytic activity and is directly linked to human aging. Pigmentation disorders may be the result of abnormally high levels of overexpression. Freckles, chloasma, and senile plaques are just a few pigmented skin conditions that may be treated with tyrosinase inhibitors. A number of the most popular whitening cosmetics on the market are tyrosinase inhibitors, primarily because they limit tyrosinase’s capacity to suppress the creation of melanin and so have an influence on the skin’s appearance by making the skin lighter.

Enzyme Tyrosinase catalyzes the first two stages of melanin biochemical production (and maybe the fifth). According to some studies, decapeptide 12 was roughly 17 times more powerful tyrosinase inhibitor than hydroquinone, and, unlike hydroquinone, it did not harm melanocytes. Even after only 12 and 16 weeks of twice-daily treatment, 0.01 percent decapeptide 12, which was applied in an inert cream base, was shown to reduce the development of stubborn melasma by up to 50 percent.

To reduce melanin production by 40%, decapeptide 12 suppresses tyrosinase synthesis. Chloasma, freckles, age spots, sun spots, uneven skin tone, and mild damage caused by excessive pigmentation may all be reduced to a minimum with this product. Some other whitening chemicals, such as hydroquinone, have adverse effects such as allergy, irritation, and redness, which Decapeptide 12 does not have.

An investigation of the skin’s response to Decapeptide 12

The safety and effectiveness of decapeptide 12 in combination with an antioxidant cleanser, a glycolic-acid-containing face moisturizer, and a broad-spectrum sunscreen were evaluated in a prospective trial. All research-related therapies were well tolerated after the trial was over. Inhibition of melanin formation through tyrosinase enzyme inhibition is one of the mechanisms of action of decapeptide 12. Additionally, decapeptide 12 has fewer adverse effects than other skin-brightening agents, no cytotoxicity, and is suitable for ethnic skin and patients who have previously failed other treatments.

Melanin was so bad for one subject that it was on the verge of giving up after trying many different cosmetics. Fortunately, it could be administered with decapeptide-12-based cosmetics, which helped a great deal. The following is a summary of the successful medical journey.

The subject had a series of medical treatments every two weeks for two months. Decapeptide-12 was administered to each treatment at a concentration of 0.1 percent. Patients were directed to use a 0.01 percent decapeptide-12 cream twice a day during the therapy. For those with darker skin, dermal infusion of decapeptide-12 may be safely and efficiently utilized to speed the clearance of PIH. When researchers finished therapy, the subject’s face condition had much improved.

How Can Everyone Improve Their Vascular Health?

A Buying Guide for Delta 8 Gummies

How to Pick Pre-Workout for body fitness?

How are IoT and e-Commerce Shaping the Way We Shop?