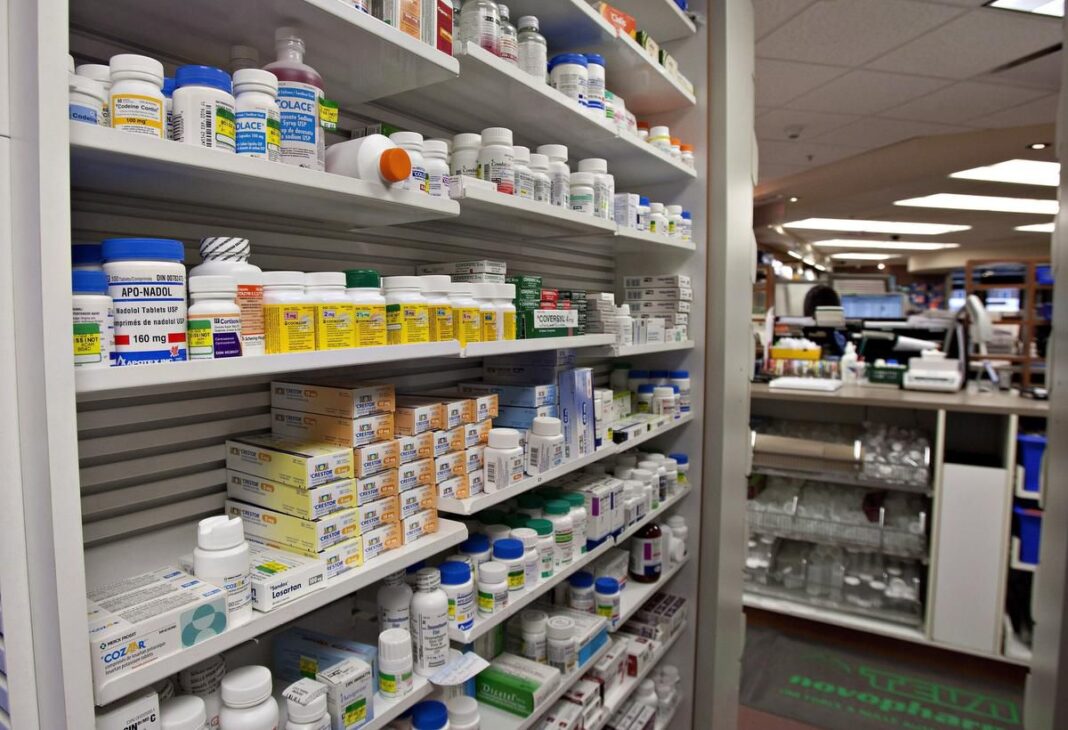 Many drugs are used to treat coronavirus infection. Drugs are also used to treat epilepsy, high blood pressure, and asthma. Pharmacies across the country are restricting the supply of medications by selling stocks of drugs for no more than a month. Doctors have to use only available medications for treatment. In some cases, this leads to people buying up everything in pharmacies, and patients are left without the drugs they need.

There is a shortage of drugs for lowering blood pressure and treating heart disease in Canada right now. But in fact, the problem with medications in the country is much more serious. Medical professionals say it’s not just blood pressure pills that are an issue in the country. For example, Dr. Jacqueline Duffin, a physician, and creator of canadadrugshortage.com said there is currently a shortage of more than 1,800 medications in Canada.

At certain times, pharmacists can’t provide half of the medications requested in a week. This situation, of course, hits patients hard. It can take a very long time to find a new appropriate and, most importantly, effective pill. A shortage of one drug most often leads to a scarcity of another. For example, nifedipine is produced by other manufacturers (Apotex, Mylan, AA Pharma, and Pharmascience), but they too can no longer meet customer demand.

What Happens When There Is a Drug Shortage?

First and foremost, of course, consumers suffer. Such products are vital for controlling diseases, restraining the side effects of ailments, and so on. Many countries, such as Canada for example, are trying to develop methodologies to deal more effectively with such a crisis. Lots of virtual pharmacies, such as Canada Drugs, try to keep customers as informed as possible about product availability. Businesses are also trying to keep prices affordable so that every resident has free access to what they need.

It should also be noted that the shortage particularly affects critically ill patients in need of painkillers. Unfortunately, this is a fact. Moreover, there is a shortage of medicines for children, primarily cold pills and cough syrups with ibuprofen. The younger generation suffers because there are processes that are poorly regulated. So it is worth thinking about what needs to be done so that, at the very least, children don’t die from such actions. Regulatory measures must necessarily be taken that will eliminate the overlap as soon as such a process is identified.

Pharmacy shelves across the country are finding space in place for some drugs. Such a picture is frustrating. Increased demand and restrictions in the supply chain are fueling a shortage of cold and flu medications. At this point, it is recommended that you contact your pharmacist or another professional who knows your medical history for recommendations on how you can relieve the symptoms of the common cold. Such a step is necessary because it is not clear how serious the issue of lack and delays in the supply of drugs is.

Also, a national website that tracks drug shortages reports a lack of oxytocin. It’s a critical drug that reduces the likelihood of postpartum bleeding and helps stimulate labor in pregnant women. It is used in every birth in Canada, so its shortage has a huge impact. This drug is used “as part of the induction of labor”, causing an increase in uterine contractions to avoid a cesarean section. Every sane person understands how important such products are. Therefore, the issue of deliveries on time should be on the agenda almost daily until such a problem is resolved.

Alternatives To Deal With a Shortage

People in recent years have become accustomed to all sorts of nuances that affect the usual rhythm of life. The same applies to the lack of various products. Because of the global problems going on in the world, this or that action may not happen. For example, deliveries that were previously planned and uninterrupted may now be transformed in a different direction. In different countries, even developed ones, the problem with obtaining and supplying medical products is not encouraging.

Therefore, residents are trying to think of ways to stock up on the necessary medicines, so that at some point they will not be left without anything. First of all, you should always keep a few boxes of pills that you often take in reserve. Don’t rely on the fact that at some point, you will be able to get them easily, even from a neighboring country. The situation now is such that shortages of medical drugs exist almost everywhere. In many places, the price is so cosmic that it doesn’t even make sense to buy them.

Summing up, it should be noted that Canada, like many other countries, needs a constant supply of medicines. This is a critical request from many patients. Doctors believe it has to do with the international pharmaceutical market and its globalization – now the production of certain ingredients is often concentrated in one or two places around the world. International forces need to be combined to solve the international problem.

Nevertheless, the Canadian government must also take some steps. If you don’t take certain medicines in time, this can aggravate your health or even worse. The pharmaceutical companies themselves are not at all interested in creating such a critical situation – on the contrary, it is in their interest to meet the demand for drugs as soon as possible.