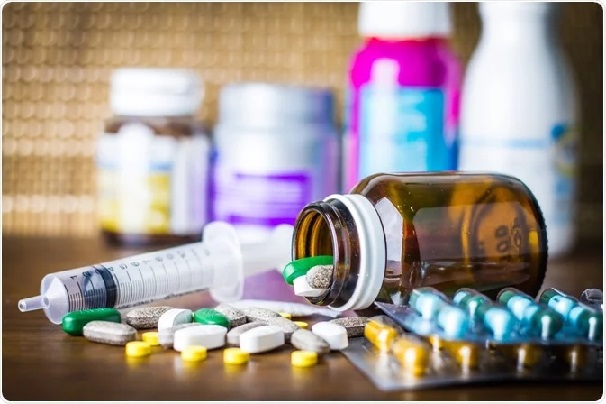 Recreational drug use is coming under fire from a new government initiative which sets out tougher punishments for repeat offenders. The initiative comes alongside a whole site of measures aimed at combatting drug addiction and drug-related crimes. The new measures could include an American-style “three strikes” system, as well as the use of drug-sensing tags.

People repeatedly caught using drugs could be subject to a whole raft of strict, new measures. This includes having their passports confiscated, being barred from nightclubs, and even having to wear drug-sensing tags to monitor their drug use.

What are “Recreational Drugs”?

In order to understand what these new measures are about, we need to know what we mean by “recreational drugs”. These are drugs that people use to get high under the assumption that occasional use won’t run the risk of addiction. Drugs like marijuana (cannabis), cocaine, and ecstasy are often considered recreational drugs.

While all these drugs are illegal under UK law, there are some that many people consider more acceptable, or at least less bad. Recreational drugs are sometimes also known as “party drugs”, due to being more common at parties, nightclubs, and even pubs.

Drug Use in the UK

According to Home Office figures from 2019, 9.4% of people in England and Wales did or had used drugs. The amount for Scotland was even higher, sitting at around 12%. The prevalence of drug use in the UK is at its highest in the past 10 years.

The next most popular drug in the UK is powder cocaine. The same census data showed that 2.6% of the UK population had taken powder cocaine that year.

After cannabis and cocaine, ecstasy also comes up as a commonly used recreational drug, with 4% of people in the UK using it in 2020.

These new policies stem from a Home Office white paper, titled “Swift, Certain, Tough”. The paper, released in July 2022, aims to reduce the demand for drugs. The overall goal is to bring drug use to a thirty-year low within the next decade. It describes an escalating framework aimed at adults caught with low-level recreational drugs.

The whitepaper is to be part of a broad new approach by the current government to curb drug use and reduce the impact of addiction and drug-related crimes.

Those who suffer from drug dependence are not the target of this whitepaper. Instead, they will be seen as having a chronic health condition and will be offered treatment instead.

“Fundamental to this new regime is ensuring that drug users are more likely to be caught,

and that they face tougher and more meaningful consequences than today. We want to

see swift and certain interventions delivered which can deter drug use and, alongside

other measures, reduce demand for drugs.”

So what exactly are these new measures? The central pillar of the new approach is the three-strike system. People caught using recreational drugs for the first time will receive a Tier 1 punishment. A second and third drug possession offence will see the person escalate to Tiers 2 and 3 respectively.

Here’s how each Tier will look:

The measures laid out by the Home Office are known as Drug Reduction Orders (DRO). There is no set minimum time, but each comes with a maximum length of time they can be imposed. For example, drug tags are to be worn for no longer than four months, while passport and driver’s licences can be confiscated for up to two years.

Breaching a DRO will also be treated as a separate criminal offence and could result in a custodial sentence by itself.

A person caught using or possessing recreational drugs for the third time may have to wear a drug tag. However, this is a new technology and there is little data on its use and effectiveness.

Drug tagging could be like wearing an ankle monitor or other device. These tend to come in the form of a small plastic box strapped around the person’s ankle. The proposed drug tags may work like the sobriety tags launched in March 2021.

Some alcohol-related crimes, such as drink-driving, result in the use of a sobriety tag. These work by taking samples of the person’s sweat every 30 minutes and checking the alcohol levels. The probation service is then contacted if levels are too high.

The paper doesn’t describe a specific technological solution, although it does welcome further views from commercial parties and overseas applications.

Is There a Better Option than Outpatient Alcohol Rehab Austin Center for Addiction Treatment?

What You Need To Know About Personalized Medicines