What Role do Genes and DNA Play in Mesothelioma Diagnosis 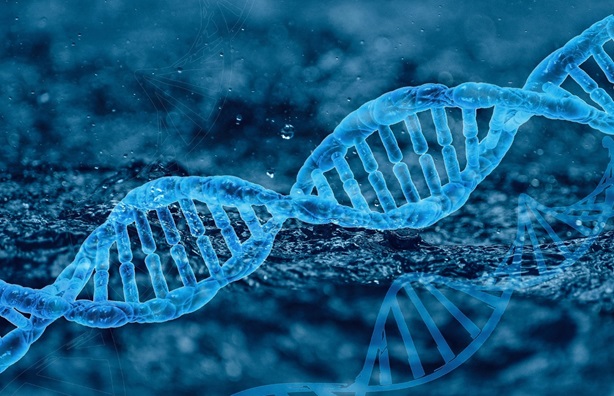 Mesothelioma is cancer that affects the mesothelium, a thin layer of tissue that surrounds most internal organs. Cancer develops when asbestos fibers become trapped in the linings of vital organs. The majority of mesothelioma cases are found after the disease has progressed and mild symptoms have become more severe.

Mesothelioma develops when the genes of healthy cells mutate and turn into cancerous cells. Cancer researchers are trying to figure out which genes produce or result in mesothelioma so that they may utilize this information to diagnose patients.

Genes and DNA in Mesothelioma Diagnosis

Genetic testing can be used for diagnosing mesothelioma in two ways:

1. Genetic investigations for cancer-causing genes that are inherited

2. Tumor genetic testing to form a mesothelioma diagnosis and staging of the condition

Despite the fact that scientists have made tremendous advances in detecting mesothelioma using genetic testing, there is a lot more to explore. The majority of genetic variants linked to mesothelioma are currently being investigated, and more information is needed before the disease can be recognized solely based on genetics.

Mesothelioma can be diagnosed and staged using genetic testing. Tumors can be biopsied and genetic patterns identified. This data is kept in gene preserving units, and the more patients submit their cellular nuclear material samples to the systems, the better theaccuracy.

Patients who were just exposed to asbestos once have been diagnosed with mesothelioma. Researchers believe that hereditary factors causes the development of mesothelioma in these situations.

BAP1, a gene that suppresses cancer, is the most prominent genetic cause of mesothelioma. BAP1 mutations have been linked to an increased risk of mesothelioma in several studies.

The BAP1 gene is found on chromosome three’s short arm. A study looked at two American families with a high rate of mesothelioma and a BAP1 gene mutation.

According to another study, the BAP1 abnormal gene is found in around 65% of patients, making it a promising target for early prevention and therapy. In general, only 25% of cancers are linked with this gene error.

Can BAP1 Gene be used for Screening?

Yes, a frequent screening plan and routine checkups for people with gene alterations could result from various interventional investigations. A blood sample is required for BAP1 testing. The typical turnaround time is two weeks. A positive outcome signifies that the gene has been altered, while a negative outcome rules out the risk.

Defects in other genes, such as SF3B1 and TRAF7, have been revealed to induce mesothelioma in the same way alterations in the BAP1 gene do. In mesothelial cells, SV40 generates a genetic mutation that activates IGF-1, one of the tumor-growth receptors. Experts in the field of mesothelioma have discovered over ten genetically mutant genes that may have a factor in the disease’s progression. The study of these genetic alterations will continue in the pursuit of improving comprehending, diagnosing, and managing mesothelioma.

While asbestos exposure is the most common cause of mesothelioma, if a person’s BAP1 gene is mutated, their likelihood of acquiring the disease is enhanced. The BAP1 gene mutation is usually inherited, although it can also develop later in life as cancerous cells. People who have had asbestos exposure and have damaged or mutated BAP1 genes are more prone to develop mesothelioma.

In 2018, clinical research was launched on different types of mesothelioma, looking at the immunotherapy medicine Lynparza and its efficacy. BRCA gene was targeted, which is linked to BAP1. Research scientists hope that because of the strong association between the genes, mesothelioma can show similar findings to various other cancers of the body.

Other Gene Biomarkers for Prompt Detection

Belgian researchers in a study have ruled out BAP1 as the main cause of mesothelioma in one family but found 11 other potential gene alterations. Researchers are interested in learning about the factors leading to cancer spread, how to avoid gene alterations, and what medications and therapies can assist in limiting cancer spread.

Despite being a promising mutant, the study was unable to confirm that RBM15 mutations caused mesothelioma and many other various cancers. Researchers can modify treatment even further by learning more about these mutations. Several alterations have been discovered in other malignancies, and medications to combat them are already available.

Alternative forms of a protein present in the blood known as High-Mobility Group Box 1 (HMGB1) can be an important marker in the early diagnosis of mesothelioma, according to research at the University of Hawaii Cancer Center.

Blood of mesothelioma patients has a more acetylated form of HMGB1, whereas persons with a previous complaint of asbestos contact but no disease have greater quantities of not acetylated HMGB1. Blood tests for HMGB1 could help identify high-risk people, but bigger cohort studies are needed.

One of the most pressing problems for scientists is why some people exposed to asbestos develop mesothelioma while the majority do not. While exposure amounts and duration are important, studies have discovered that certain people are simply more vulnerable to carcinogenic asbestos fibers. Researchers can create prevention measures and more effective treatment options by understanding the link between genetic risk factors for mesothelioma. Genetics is a promising area of study, and many people believe it holds the secret to curing cancer. As a result, there should be various genetics-focused mesothelioma research efforts.