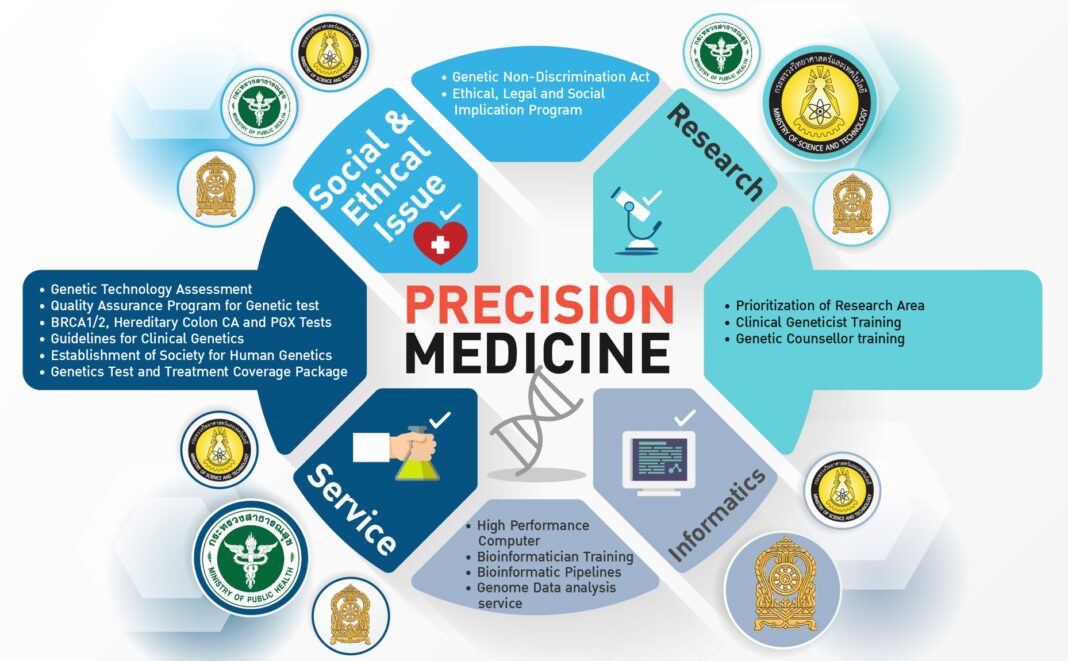 Genetics and genomics are terms that are often misused by those that are non-clinically trained. Through nothing more than a lack of knowledge, these two areas of biological science are, all too often, spoken of in ways that may make a person believe that they are interchangeable. They are in fact distinctly different.

The word genetics derives from ancient Greek, “Gen” meaning “Origin”, and focuses on the genes of a living organism. The study of genetics is undertaken by scientists who work in pursuit of an answer to the age-old question, where did life come from, and why are there so many different forms of life?

In the case of human beings, why do children look like their parents and why do many of them have similar diseases and health disorders as their forbears? Science has, for generations, attempted to answer these conundrums, now light has dawned on these eternal questions.

The answer? DNA. This is in fact an acid, its full name being, Deoxyribonucleic acid, and every living organism has DNA. The DNA of an organism is an elongated chain of molecules which holds all the necessary information for every cell’s life function. The DNA molecules are called nucleotides, of which, in humans, four are functional. They are, Adenine (A), Thymidine (T), Guanine (G), and Cytosine (C).

It can be said that these are the building blocks of all living organisms, be it a single cell amoeba, multi-celled plants, animals, and of course, human beings. Our DNA is extremely complex compared to that of most other living organisms. However, dinoflagellates and the fathomless genomes of some amoeba, have DNA far more complex than that of the human being.

While genetics concerns itself with the study of hereditary traits of living organisms, genomics includes the study of genes, and additionally, how they function and all other elements that control the activity of those genes.

In the human genome there are 23 pairs of chromosomes, these are located in the nucleus of every cell, in addition to these there is a small chromosome in the cell’s mitochondria. A person’s genome provides all the information needed for an individual to grow, develop and function.

Samitivej Hospital’s Genetic and Genomic Precision Medicine Center brings together these two areas of medical science for the furtherance of diagnostics and treatment for those sufferers of genetic disorders.

Genetic, or hereditary disorders can take many forms. An offspring may inherit a simple allergy from a parent, or they may be unfortunate enough to inherit a major disease, such as cystic fibrosis, which is a fairly common, sometimes fatal, genetic disease.

As with any instance of sickness, disease, or trauma, rapid and accurate diagnosis is essential. The rapid advances that have been made in the understanding of genetics and genomics have had a great bearing on how treatment in all areas of medical care have evolved in recent years.

Genetic screening is designed to detect those that have an increased risk of having, or developing, specific genetic disorders and those that are carrying a genetic variant specific to a particular disease. Screening can highlight a multitude of disorders, such as neurofibromatosis, tuberous sclerosis and amyotrophic lateral sclerosis.

Screening for Down syndrome is now commonplace, as it is for any chromosome abnormalities that may result in mental and, or, developmental issues, such as autism. Hypertrophic cardiomyopathy, hereditary neuropathy, polycystic kidney disease, sudden death syndrome, and hereditary arrhythmia are also commonly screened for.

Many forms of cancer can be hereditary, genetic screening is now also used as part of the diagnostic process for many cancerous forms. Pancreatic, prostate, colon, gastrointestinal, along with genitourinary, kidney, breast and ovarian cancer are regularly screened for at Samitivej Hospital’s Precision Medicine Center, as is medullary thyroid cancer.

Idiopathic conditions are also benefiting from genetic screening. Idiopathic diseases are those that seem to manifest themselves spontaneously or from an obscure or unknown cause. Rapid loss of eyesight, deafness, obesity and abnormal growth can all be idiomatic. Autism, hyperlipidemia and chronic kidney disease can also be idiomatic.

Couples considering starting a family can benefit from Samitivej’s unequalled clinical genetic screening to highlight any risk levels that may exist as a reflection of their ethnic group. Differing ethnic groups have differing levels of prevalence towards different diseases and abnormalities. It is vital that couples are aware of any potential abnormalities that may exist within their own ethnic gene pool.

Following the consultation, the requisite samples harvested from the patient will be delivered to the laboratories for screening. The actual screening is a complex procedure and, dependent on the specific screening being undertaken, will take from a month upwards to 6 months, possibly longer in more complex cases.

On receipt of the screening results a further consultation with the patient will be arranged. The results will be fully explained in clear, simple, easy to understand language. Patients are likely to have many questions, each of which will be addressed by the center’s dedicated experts. Samitivej Hospital understand that maintaining communication and understanding between staff and patient is an essential part of all diagnostics and treatment, as well as that of the patient’s overall wellbeing.

The Precision Medicine Center at Samitivej Sukhumvit Hospital is at the cutting edge, and is pushing the boundaries, of technology and knowledge on the subject of genetics and genomics which has made it a world renown specialist center in the field. The center’s team of experts is headed up by renown doctor, Objoon Trachoo.

Having headed up numerous internationally recognized research projects, renown Professor Objoon Trachoo is the ideal professional to be leading the center. In addition to his Ph.D. from the United Kingdom, Dr. Objoon has been accepted into the United Kingdom’s Fellowship Institute of Biomedical Science, whilst also being accredited by the European Union of Medical Specialists Medical Genetics Section.

Share
Facebook
Twitter
Pinterest
WhatsApp
Previous article
Unexpected Ways A Neck Roll Pillow Can Help You With Your Sleep Disorder
Next article
Two Sides of the Same Coin: How Addiction and Pain Can Be Connected