Parkinson’s disease is a neurological movement disorder. The common symptoms that patients face are:

However, there is no cure for Parkinson’s disease, but most patients can maintain a quality life with proper medications. Sometimes, surgeries can also improve these symptoms. Below in this article are all the causes and possible treatments associated with Parkinson’s Disease. So, read till the end without skipping any of it.

Parkinson’s disease is a condition that affects the nervous system and causes issues with your movement.

This disease starts pretty slow and gradually worsens with time. If you have Parkinson’s disease, you might have to face shakes, trouble walking, maintaining proper balance, and even muscle stiffness.

Moreover, as the disease starts to worsen, you might face issues like problems with speech, sleep deprivation, memory issues, and even changes in behavior.

Who Suffers from Parkinson’s Disease?

Parkinson’s disease affects around 50% more men than women. The symptoms are usually seen during the age of 60 or even more.

According to the stats, around 10% of the patients are diagnosed with Parkinson’s before 50. Each year, in the United States, approximately 60,000 people have Parkinson’s disease.

Numerous other genetic mutations have also been identified in Parkinson’s disease. Mutations in these genes result in abnormal cell function, weakening nerve cells, and eventually results in nerve cell death.

Researchers are still investigating further reasons for the link between Parkinson’s disease and genes.

According to scientists, between 10% to 15% of people with Parkinson’s disease may suffer from genetic mutation or other environmental factors.

Shaking of both the arms and hands can be the first sign of Parkinson’s disease. The tremors can even be on your foot or jaw.

Usually, the tremors are less intense during the early stages, but as the condition worsens, the tremors tend to increase.

The slowing of movement occurs due to the brain’s inability to transmit vital signals to various parts of the body.

As the signal transmissions are entirely unpredictable, you might be able to move easily for a minute and the next, you might face troubles even standing up.

Stiff muscles refer to the fact that your muscles are incapable of relaxing on their own. This stiffness is mainly caused by uncontrolled tense muscles.

You may even suffer from aches and pains in the affected muscles, as well as a constricted range of motion.

Further possible symptoms can be:

Diagnosing Parkinson’s disease can be challenging, as early symptoms can show different conditions. Identifying the disease only relying on symptoms might be tough.

Before you go for diagnosis, you will be asked about your medical history and family history of neurologic problems.

Then your doctor will look for evidence of tremor and muscle stiffness and even monitor your walking, posture, and coordination, along with movement speed.

So, if you believe you have Parkinson’s disease, you should probably consult a neurologist or a specialist in movement disorders.

Early treatment can bring about a lot of benefits in stopping your disease from worsening.

Mitochondria help produce energy in cells and play a role in regulating cell activity. So, light therapy aims to decrease cell damage and death by protecting the dopamine-producing neurons.

It also has been proven that light therapy can minimize tissue inflammation and increase mitochondrial function.

It is not a targeted therapy because it works only on the neurological symptoms of numerous illnesses by slowing the neurodegenerative process.

Photobiomodulation is the ability of light to alter biological processes at a cellular level. The use of controlled exposure to red light has successfully improved healing, reduced inflammation, and pain.

This therapy model is able to achieve this by increasing mitochondrial function and boosting antioxidant pathways in the brain.

Parkinson’s disease might be incurable, but if the proper treatments and medications are taken, there are chances that the disease can be suppressed before it can get any worse

Moreover, with the doctor’s suggestion, light therapy can be one of the best treatment choices to take during the early stages of Parkinson’s disease. 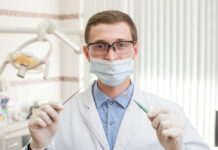 Bleeding Gums: All You Need to Know About Gum Care and Treatments 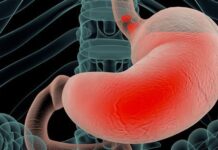 Why Do I Have Indigestion? 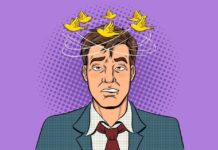 What Causes Dizziness and How to Treat It

Remdesivir Injection for the Treatment of Covid-19

NASAL IRRIGATION SYSTEMS: What YOU NEED TO KNOW

Newspaper is your news, entertainment, music & fashion website. We provide you with the latest news and videos straight from the entertainment industry.
Contact us: [email protected]